If They Can Sell Ideas, Then You Can Sell a Product – What You Can Learn From Twitter’s Political Ad Ban

We can speculate, that prior to this change political groups of all sorts (think: politicians, political action committees, think tanks, lobbying groups, and corporations used the Twitter ads platform to further policy agendas.

There aren’t necessarily political audience targeting lists available by default in the Twitter Ads platform – but Twitter Ads allow you to target follower look alike audiences, which in turn allows advertisers to target people with similar interests to an account’s followers.

So hypothetically, by targeting some political figure’s follower look alike handle you’d have the ability to show ads to people with a high likelihood of being in agreement with (or at least interested in) the views of the targeted account.

Wikipedia keeps robust lists of factions of the Democratic and Republican parties in the United States. So with a minor amount of research political advertisers were able to target messaging toward followers of politically established accounts.

If these advertisers put in slightly more effort they could search for issue based non-profit organizations and NGOs and target messaging to those account’s follower lookalike audiences.

If They Can Sell Ideas, Then You Can Sell a Product

The mechanism isn’t exact but accounts that are closely aligned with specific topics or interests are a great way to target ads. Suppose that you’re a consumer product goods company, you can target the follower look alikes of competitor brands or key influencers in that space to try and increase your market share. This strategy could work in the cosmetics sector, for example. You can also target brands that sell complementary goods – say that you sell gaming keyboards then you could target motherboard or graphics cards manufacturers so that customers consider your product when building a new gaming PC.

2 – Wikipedia is a Great Source for Seed Targeting Criteria

You can use information from Wikipedia to help with initial targeting for your advertisements. Wikipedia and other free online resources can act as a seed for your targeting. You can set up campaigns without flying blind. Of course, you’ll tweak spends and targeting as you get campaign data – but Wikipedia is a good starting point as we saw for identifying political factions.

Twitter was newer to the advertising game and less advanced than either Facebook or Google. It created more strict policies after the other two online media giants received backlash. New media platforms that:

present a huge opportunity for advertisers, businesses, or individuals with experimental marketing budgets and higher risk tolerances. These characteristics suggest an asymmetry of information in the market and loosely suggest less regulation for newer media platforms.

4 – The Devil is in The Income Statement

Companies that are strapped for cash and are losing money have less critical advertising policies. Twitter had negative net income up until late 2017. It could only afford to become more picky with its advertisers once it had a track record that would suggest it could stay profitable. If you know or can guess a companies financials – it’ll give you a sense of how much leverage you have as an advertiser. 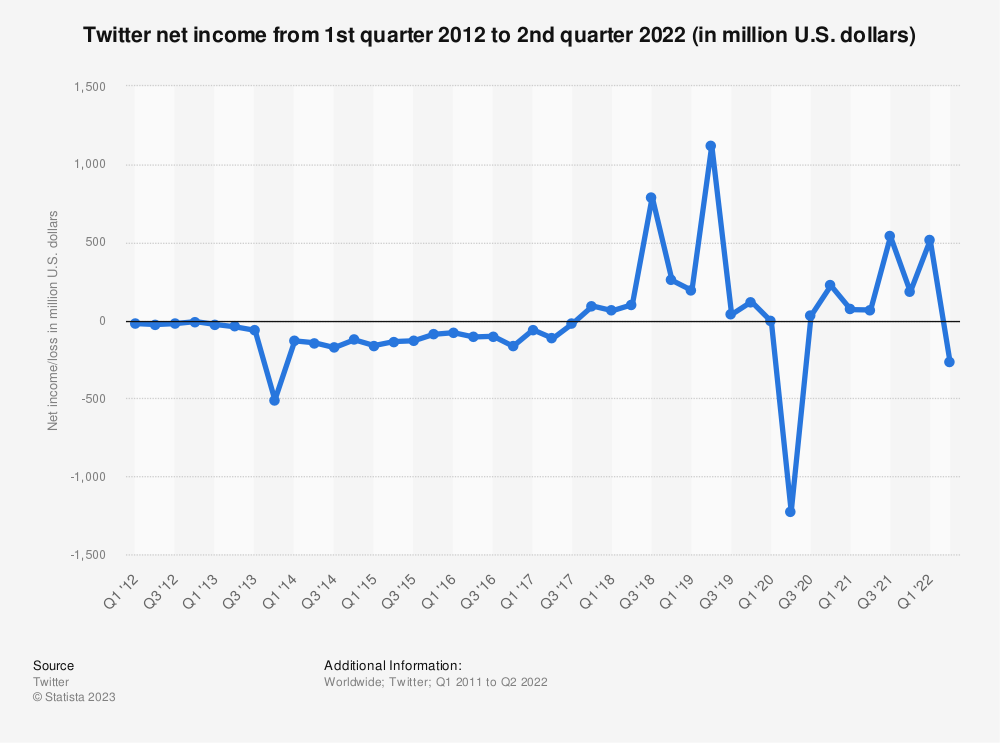 Often terms of service or platform usage policy changes are considered boring and easily ignored. But you can gain some strategic perspective by analyzing changes. Here we’ve seen how to use simple, freely available data and 1 novel targeting feature for a marketing campaign. We also posed an argument for adopting new media quickly and following media company income statements.